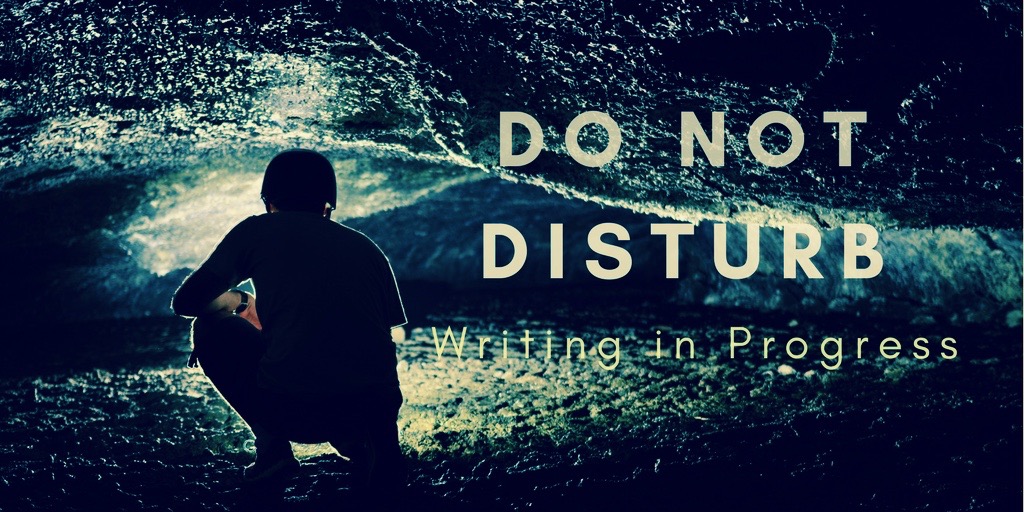 This is a quick update to let you know my blog will be going into hibernation for the winter. Over the next few months I’ll be pouring my heart and soul and every spare moment I can find into finishing the new draft of The Caves of Tavannar.

The new draft will replace the 2013 edition, which I decided to rewrite completely from scratch after realising that my world and its misfit characters had vastly outgrown the original version. The new story follows the same plot but is much deeper, darker and more grown-up than its predecessor. Also, because it’s written from the point of view of four different characters it’s been a great deal more complex and challenging to write.

I had hoped to reach the finish line by the end of October, but to quote Blackadder, ‘Fortune vomits on my eiderdown once more.’ Hence the reason I need to put my blog aside for the time being.

This will be my last post before I hotfoot it back across the Einstein-Rosen bridge to Galidom, where I’ll be spending the next few months deep inside my cave, and won’t be coming up for air again until the draft is complete. I doubt I’ll get a Wi-Fi signal through thousands of tonnes of volcanic rock, so if my social media posts are on the sporadic side you’ll know why.

I make no excuses, other than to say it’s been an incredibly tough year for various personal reasons, including the sad loss of my step-dad, the result of which has taken a huge toll on both my mental health and my writing. With hindsight, I now realise this was probably my overloaded brain’s way of telling me – in the words of Scotty from Star Trek (except with a genuine Scottish accent ) – ‘She cannae take any more, Captain. She’s gonna blow!’

Aside from external circumstances draining my creative well and eating into my writing time, I’ve also stupidly let fear, perfectionism and self-doubt sabotage my productivity 🙁

Some days I’ve struggled to churn out a page, others I’ve wasted hours staring blankly at the screen, praying for divine intervention, become lost in the depths of research or found myself stuck on a gnarly paragraph and unable to move past it. I could visualise each scene in my mind and knew roughly what needed to happen, but no matter how much I tried to force it – sometimes the words just wouldn’t translate onto the page.

When I wrote the second part of the trilogy, The Book of Seven, everything seemed to come together with such little effort it felt as though Tolkien was whispering in my ear. I therefore couldn’t understand why the words wouldn’t flow this time. Although this is the first book in my trilogy, it’s actually the third I’ve written, and naively assumed the process would get easier with the wisdom of experience.

Obviously rewriting an earlier piece of work, especially one that’s part of a series, throws up all kinds of new challenges, such as plot continuity and character development. However, I’ve also found it much harder to switch off my inner critic with this draft, causing me to overthink everything I’ve written and fixate too much on making the prose stronger, better. Sadly, the only thing my perfectionist behaviour has achieved is months of soul-destroying unproductivity.

First drafts are meant to suck. This is the labour-intensive part of the writing process where you’re simply pouring concrete and spreading it around, hoping it will set into a solid enough foundation on which to build your story. I know this, and yet I still couldn’t loosen my grip on the reins and let the words run free. Instead, I’ve let insecurity erode my confidence and slow my progress.

On a more positive note, the story is finally shaping up into the one I’ve been cultivating for years in my head. It’s also the cleanest first draft I’ve written to date, so maybe it won’t need quite as many revisions when it comes time to edit.

The road has been a tough one, full of hidden traps and dark disorientating tunnels that have tripped me up and knocked me down, sent me in never-ending circles and driven me to the pits of despair. But I’ve gritted my teeth and limped on. Because, like my heroine Josie, I’ve come too far to let my demons defeat me. It doesn’t matter that it’s taken over 10 years of circumnavigating Galidom’s treacherous seas to reach this point, or how far I and my crazy characters still have to go our epic journey.

The only thing that matters is the step we take next.

As a wise warrior told me recently:

‘Fear can only kill you when you stand still and do nothing.’

Thank heavens I have a Zen master steering me in the right direction. I’m not sure I’d have managed to clock up 105,000 words without Serakinn’s sage advice to spur me on. But just in case he goes AWOL the next time I have an attack of the wobbles, all I need to do is turn my eyes left and repeat another fail-safe mantra.

Only 11 more chapters to go. Wish me luck!