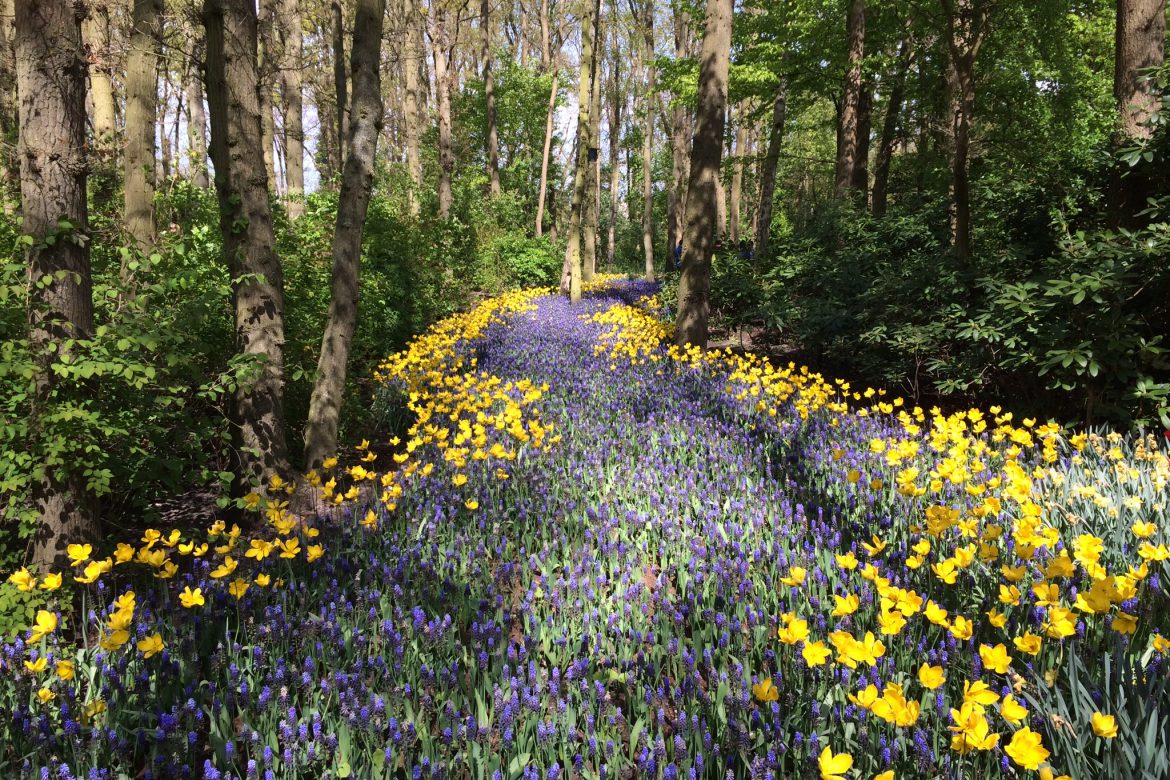 May Traditions and Superstitions

Welcome to the merry month of May. Named after Maia, the Greek Goddess of spring, fertility and growth, May has long been regarded as a time of celebration in the northern hemisphere to mark the end of the gloomy months of winter and welcome in the coming light of summer.

Many of the customs, traditions and superstitions we associate with this special event in the Pagan calendar originated from the agricultural and spiritual rituals of our ancient Celtic and Anglo-Saxon ancestors. Some of these rituals have even older roots, dating back the time of the Greeks, Romans and Egyptians.

The Gaelic May Day festival of Beltane ‘Fire of Bel’ is one such tradition that is still celebrated to this day in many parts of Scotland and Ireland. In Edinburgh, the arrival of summer is celebrated with a yearly fire festival. Thousands gather on Calton Hill to watch a dramatic display of live theatre, acrobatics, drumming, dancing and bonfires that truly encapsulates the wild spirit of our pagan ancestors. As part of the ceremony the Green Man is killed as the God of winter and reborn in his spring form. The bonfires are doused and relit using kindling from the previous year’s festival.

In my neck of the woods, it was once customary for the townsfolk of Peebles to burn their winter bedding on May 1st; a ritual that fully embraced the idea of ‘Out with the old, in with the new’. Although this tradition eventually died out, the accompanying Beltane fair which was originally held on the first Monday of May, was revived in the latter part of the 19th century alongside the 900-year-old yearly Common Riding tradition of the Riding of the Marches. Now held every year in June rather than May, the town is decked out in its burgh colours of red and white flags during which there is a week-long celebration of ride-outs, sporting events, fancy dress processions, bands, and, of course, the all-important crowning of the Beltane Queen.

More traditionally, Beltane marked the beginning of the pastoral summer, a time when livestock were put out to summer pasture. Various animistic rituals were undertaken to ensure protection of crops and cattle from disease and encourage fertility of the soil. Household hearths would be quenched and later relit from kindled bonfires, the flames and smoke of which were deemed to hold protective powers. People and cattle would walk around the bonfires, sometimes leaping over the flames.

In other parts of Scotland, another fire ritual involved marking an oatmeal cake called the Bannoch Bealltainn (Beltane Bannock) with charcoal. A hat containing the pieces of bannock would be passed around the blindfolded gatherers. Whoever chose the sacrificial blackened piece would have to leap over the fire three times or pretend to throw themselves into it. When the fire died out, the revellers would smear their bodies with the ash, sprinkling the remains over their crops and livestock to protect them from evil spirits and disease.

Elsewhere in the UK, other May Day celebrations include Morris and Maypole dancing, the crowning of the May Queen and the Cornish ‘Obby ‘Oss festival where male dancers dressed in one of two masked hobby horse costumes – the Old and the Blue Ribbon – cavort through the narrows streets of Padstow trying to catch maidens and causing mischief along the way, accompanied by a procession of dancers, drummers and accordion players.

The tradition of Maypole dancing has been practised across many parts of Europe and Britain since the Middle Ages, although its roots possibly go back even further. Some folklorists suggest the dance may be a remnant of Germanic pagan tree worship. Others have attributed the phallic symbolism of the pole to an ancient fertility rite, and the act of the weaving the ribbons together to the sexual union of the male and female principle, resulting in the rebirth of summer. In more recent times, the dancing couples are often accompanied by The Green Man ( also known as Jack-in-the-Green, Robin Hood or The Garland King) a mystical figure who it is said, rightly or wrongly, symbolises the renewed cycle of nature, seasonal growth and fertility. The original meaning of the ritual has been lost in time, but the joyful spirit of the dance is still very much alive today.

In the 16th and 17th Century, people often decked themselves in greenery, oak leaves and flowers during the Merry Month for good luck, health and protection. Flowers such as primroses, marigolds, hawthorn, gorse and hazel blossom were gathered and given as bouquets or made into garlands, then strung over doors, windows, and even around the necks of milking cows. Decorating a May bush with flowers, ribbons and painted eggshells was common practice in many households and villages.

The tradition of ‘Bringing in the May’ is thought to have been influenced both by the Beltane and the Floralia, a religious Roman festival held at the beginning of May in honour of the Roman Goddess of flowers, Flora. The Hawthorn tree, also known as Whitethorn, Hagthorn, the May or Fairy tree has a long been associated with these ancient spring celebrations. On May Day, young women would often wear sprigs of hawthorn blossom in their hair in the hope of attracting a husband. The blooms were also added to bridal bouquets to encourage fertility and strengthen the bond of marriage, which is why hawthorn is regarded as a symbol of enduring love and protection. In Celtic mythology, the Hawthorn tree was said to guard the entrance to the fairy realm and was therefore especially revered for its magical and medical properties.

Song on May Morning

Now the bright morning Star, Day’s harbinger,
Comes dancing from the East, and leads with her
The Flowery May, who from her green lap throws
The yellow Cowslip, and the pale Primrose.
Hail bounteous May that dost inspire
Mirth and youth, and warm desire,
Woods and Groves, are of thy dressing,
Hill and Dale, doth boast thy blessing.
Thus we salute thee with our early Song,
And welcome thee, and wish thee long.

It was also common for people to visit holy wells on May Day, which were oftentimes situated close to a sacred tree, hawthorn and ash in particular. Offerings of coins, ribbons and clooties ( strips of cloth traditionally used in Scotland to wrap a clootie dumpling while it cooked) would left by those seeking to be healed or in need of protection. Hence the saying, ‘Ne’er cast a cloot till May’s oot.’ Rituals involved washing the affected part of the body with the wetted cloth before tying it to a tree branch, sometimes circling the well a set number of times whilst offering prayers to the elemental spirit who inhabited it.

Another ancient cleansing ritual that has persisted in Scotland until very recently, particularly in Edinburgh, is the tradition of washing one’s face in the May dew. This was particularly popular amongst young women who would gather on the slopes of Arthur’s Seat before sunrise to bathe in the morning dew, which they believed would improve their complexion and provide good health and happiness for the coming year.

The fair maid who, the first of May,
Goes to the fields at break of day,
And washes in dew
from the hawthorn-tree,
Will ever after handsome be.

Less favourable May superstitions include:

I did marry in May and haven’t rued the day. Yet. The course of true love has been far from smooth, but somehow it has endured. This May (2021) we’re celebrating our Silver Wedding Anniversary, which fortuitously also coincides with a more modern May tradition: Star Wars Day. I’ve no idea whether its the Force, love or plain old stubbornness that’s kept us together all these years, but whatever the reason this magical merry month will always hold a special place in my heart.

And, as if on cue, our cherry trees are out in full bloom 😀