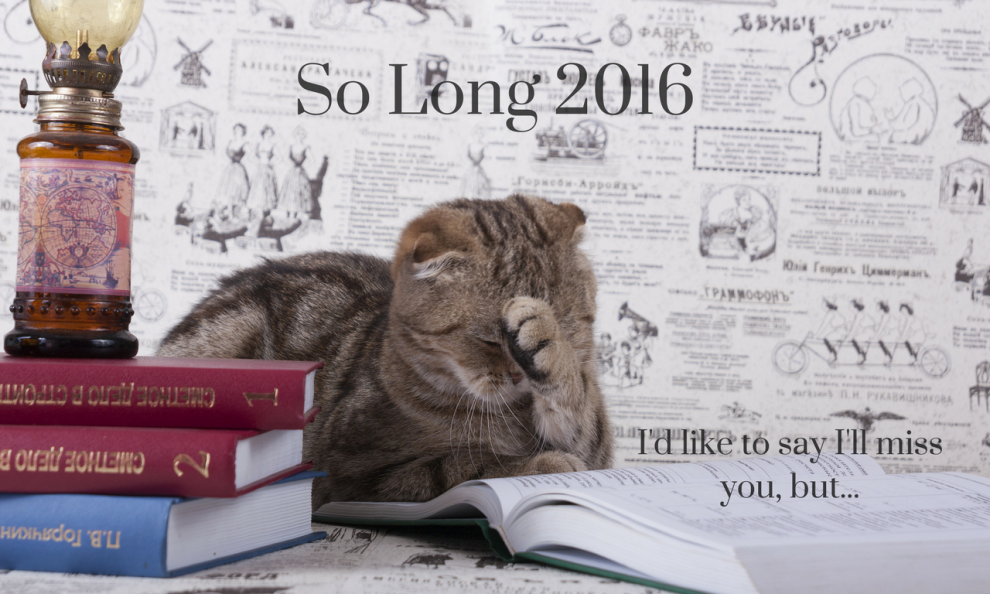 A Year of Triumphs and Tribulations

It’s been five months since my last confession. No, I’m not Catholic or particularly religious, just a shame-faced writer who hasn’t updated their blog since *cough* July. I can already hear the incredulous gasps from all you seasoned bloggers out there, who would never dream of letting their well-oiled blog slip for even a month. Well, all I can do is hang my head in shame and promise to do better.  Except I probably won’t – at least not until I’ve finished The Crystal Keeper.

Ah well, I’m only human as The Human League used to sing way back when heavy eyeliner and frilly shirts were still a thing.

2016 hasn’t been a kind year for many. Aside from all the political madness, the world lost a record number of hugely talented people from David Bowie, Prince, Leonard Cohen, Gene Wilder, Alan Rickman to Kenny Baker, Muhammad Ali, and at the very end of the year, George Michael, Carrie Fisher and Debbie Reynolds. 😥

On a more personal level, my own year has certainly been a mixed bag of assorted nuts. The first half zipped by in a rose-tinted and productive blur, while the second was, to put it bluntly, a bit shit. If you caught my last book update, then you’ll know that I finished the final edits for The Book of Seven, the second part of The Crystal Keeper back in May. You can read about my climb to the summit here.

At the time, I felt an enormous sense of achievement, and relief, particularly because it was a complex and challenging book to write in terms of the multi-generational plot, world-building and the multiple POV characters, many of whom possess paranormal powers and speak in different languages, including telepathic speech. But once the euphoria of crossing the finishing line eventually fizzled out, I was faced with a new dilemma. Over the course of the two-year journey it took to write The Book of Seven, my ability as a writer had grown a few more shoots – as has my fantasy world. Armed with this newfound wisdom, or perhaps stupidity, I decided that I owed it to my characters to rewrite book one, The Caves of Tavannar with a deeper and more heartfelt voice.

But as I quickly discovered, rewriting an older piece of work is actually a huge pain in the arse. By the end of the second book, all four of my main character arcs had inevitably moved on, so it was difficult not to subconsciously influence any of their former traits when revisiting the earlier parts of the story.

And then there’s the pesky issue of plot continuity.

When you go back to make changes, no matter how small, ultimately this can lead to an inconsistency in another part of the story. e.g. I changed a piece of dialogue a character said in book one that Josie later recalls verbatim in book two, giving me the additional headache of cross-checking everything across both books to ensure no other continuity issues snuck past unnoticed the more changes I made. Names in particular •groan• If only I’d been organised enough to use Scrivener.

However, I think the most frustrating part has been leaving my characters in limbo while I retrace my steps when all I want to do is send them on their not so merry way to their final destination in book three.

The upshot of this masochistic decision was that the original plan to release The Book of Seven by the end of 2106 now had to be put on hold until I had finished revising book one. It broke my wee heart having to prolong the launch of the second part of the trilogy, but I knew it was the right thing to do. Anyway, what I originally intended to be more of a tweak here and a polish there, with a few new chapters thrown in for good measure, turned into a complete rewrite from scratch. The result of which meant there was now an even greater sense of urgency to complete The Caves of Tavannar, and my lonely blog would have to take a back seat. Yet again!

The first draft started well, and I was making steady progress, albeit with a few less ‘astral’ moments I experienced writing book two when the words were flowing like honey onto the pages. Still, I was pretty chuffed with the way it was coming together  –  until life decided it was sick of being put on hold and stuck a bloody great pin into my writer’s bubble. 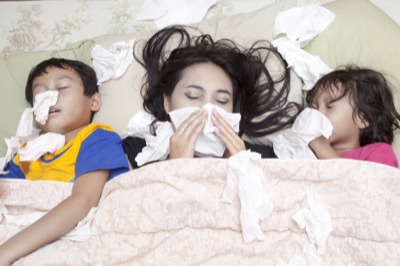 For whatever reason, the winter flu decided to pay us an early visit in September and didn’t slope off again until halfway through October. The whole family went down with the dreaded lurgy, which left me with a horrible chest infection for several weeks and seemed to turn the creative part of my brain to treacle, as well as slow my writing to a snail’s pace.

Then, to add to my writer’s woes, building work began on our new office/garage. 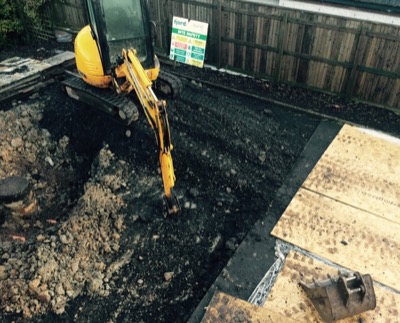 My hubby was kind enough to lend me his noise-cancelling headphones. This helped a bit, although there were some days that I could still feel the vibration of an angle grinder through the soles of my feet. I’m one of those weird people who find any background noise a massive distraction, so it wasn’t long before I was on the verge of taking a mallet to the workmens’ heads! I would’ve driven down to the local library to get some peace to write if it wasn’t for the fact I needed to be on site to deal with the constant stream of minutia, which seemed to arise on a daily basis.

Who knew that astragals were window crossbars? Or a cloaked verge meant roof-edge tiles and not some seedy parking spot.

Well, after another month of all this noise and chaos, things on the book front were looking decidedly grim, and the self-imposed deadline I’d naively set for finishing my first draft went slinking out of the window with its tail between its legs. It was now November and NaNoWriMo was in full swing. Meanwhile, I was on the point of a full-blown meltdown. I recognise that I’m a slow writer compared to many of my peers (and usually I’m okay with that), but knowing that it had taken me four months to write 50,000 words when others could churn it out in one, only served to pile on the pressure, as well as take an even bigger chunk out of my already fragile self confidence. The result of which brought about something I’d never experienced  – until now. 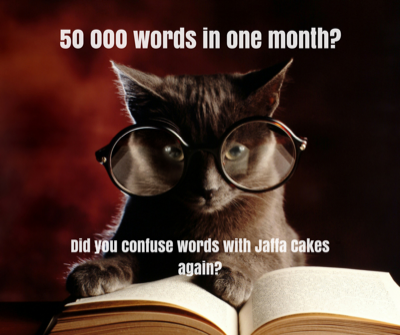 This, combined with the yearly pre-Christmas insanity has unfortunately made for a less than jolly December. But I’m not going to leave my last blog post of 2016 on a Bah Humbug downer, because there’s still plenty of reasons to meet 2017 with an optimistic smile.

Suffice to say, 2016 has definitely brought its fair share of trials and tribulations to my door, but I have high hopes that the one to come might finally be my year to shine. After all, it has a seven in it.

I have an incredibly busy 2017 ahead of me, but if life is kind and I work like a demon, by this time next year I’ll have not one, but two shiny new fantasy books to slip inside your Christmas stocking 😀 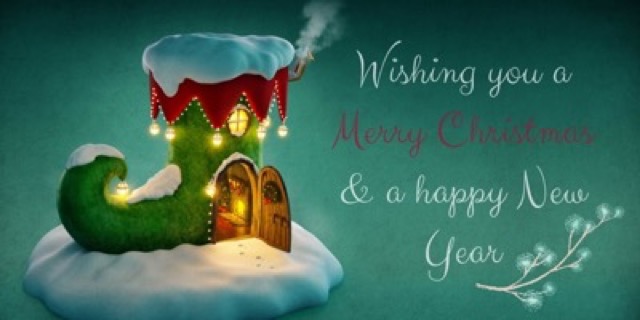