Cover Rebrand for The Caves of Tavannar

Over the last three months, I’ve been working with my brilliant and talented graphic designer, Nahum Ziersch, on a major rebrand of all three covers in The Crystal Keeper trilogy. I decided to move away from the symbolic illustration of the pendant on the original cover of book #1 and replace this with a character-driven cover, which I felt would better connect with my readers and convey its genre more effectively. Each of the new covers are still illustrated rather than photographic, but depict a different scene and character from each book to go alongside the heroine of my story, Josie. You can read about the design process in a future blog post, but for now I can’t wait to show you the rebranded cover for The Caves of Tavannar.

Eek! Dancing nervously on the spot and crossing everything as we speak. Ok, deep breath. Cue trumpet fanfare, bring up imaginary curtain and feast your eyes on this lovely! 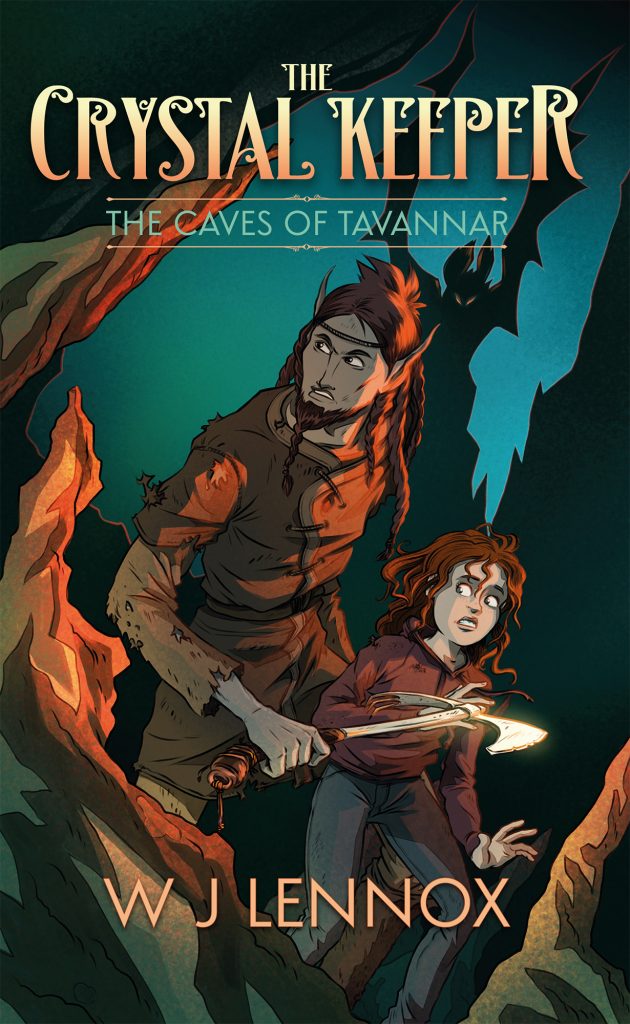 This is obviously very different from the original cover, but I personally love the strong graphical style and colour scheme which firmly sets the tone of the story. It took a flurry of back and forth emails from Scotland to Australia, sketches, Pinterest images and a bucket load of patience on the part of my designer (being the control freak that I am) but we got there in the end. Nahum’s done a fantastic job of bringing my characters to life, and I owe him mountains of gratitude for the hours of work he spent perfecting the final version.

A key consideration in the design of the new illustration was that readers could tell at a glance this was a contemporary fantasy adventure, aimed at young adults. I think we achieved this by creating a modern versus fantasy juxtaposition between the two main characters, and through the graphical style of the artwork. Also, I wanted to portray Josie as a real teen, with real issues and flaws. If you’re looking for a kick-ass heroine gifted with superpowers, martial-arts skills, or who can turn boys weak at the knees with a bat of her eyelashes, you’d best look elsewhere.

Though, I can promise there will be no shortage of epic battles, sword-wielding, sorcery and mystical powers from my other main characters. It is true that Josie’s mysterious pendant gives her some pretty cool, temporary superpowers in times of jeopardy, but her real strength lies in her resilience, bravery, quick-thinking and loyalty to her friends. It’s those traits that I hope will make her a likeable and relatable protagonist.

For those of you who liked the pendant illustration, fear not, it’s not gone for good. As the crystal pendant is central to the story arc of the trilogy, I was keen that it should remain somewhere on the cover. I asked Nahum to turn the original coloured illustration into a monochrome sketch. This now sits on the inside title page of both the paperback and eBook to give readers a teaser of what’s to come. Book two and three will also have a ‘jewellery themed’ symbol on the inside page, each with its own significance in the story. 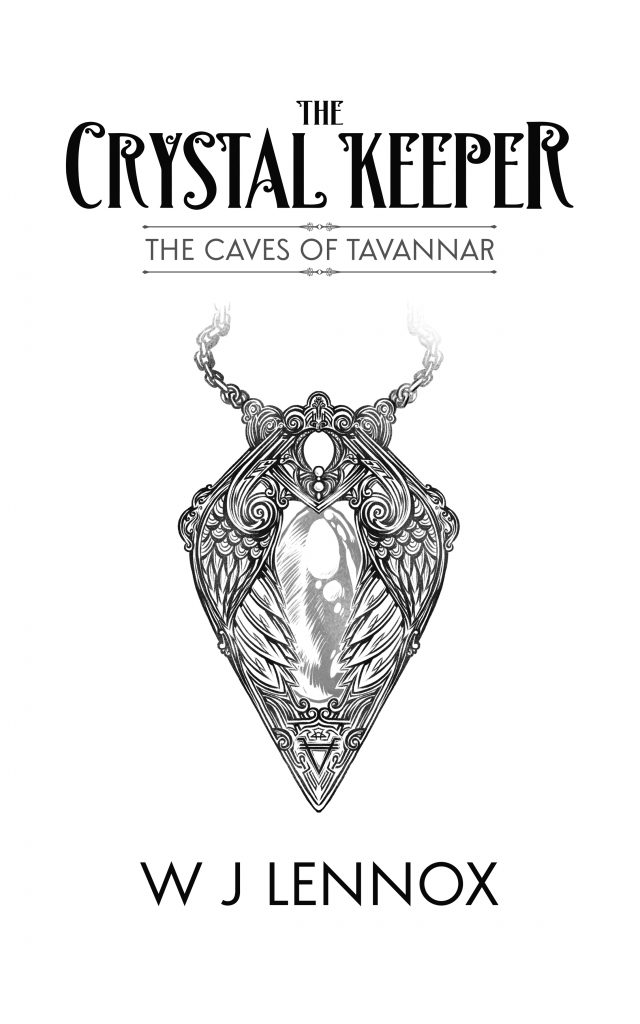 Another change I made was to the book description, opting for a tighter, punchier blurb. That was one tough, teeth-grinding, chocolate- binging week I’ve no wish to repeat in a hurry (apart from the chocolate bit). I don’t know how I can churn out 135K words in my current WIP, yet find it incredibly difficult to distill the essence of my story down to a couple of paragraphs. You’re probably thinking, newbie and you’d be right. But hopefully this is a skill I can improve with more practice. It can also be hard to know what to cut and what to keep, especially if your story spans centuries, involves a complex number of characters, back story and subplots. However, as the major twists and reveals unfold gradually over the course of all three books, there’s less complexity in the first book which only hints at what is to come. For this reason, I decided to leave out any unnecessary back story from the blurb.

This is the new description:

ONE GIRL • TWO WORLDS • ONE SECRET

Some families are tied by blood, others by love – but one family is bound by a stronger thread.

In an ordinary town in Scotland, fourteen-year-old Josie’s life is not just unravelling – it is spinning out of control. But when she uncovers a long-buried secret in her gran’s attic, fate decides to pull her from her messed-up world, straight into another.

Lost on a volcanic island, a sinister turn of events leads Josie and an unlikely ally on a perilous quest to Tavannar to free its enslaved inhabitants. But as they venture deep inside a labyrinth of hidden passages and crystal caverns, Josie soon finds herself thrust into an underground world of dark sorcery, dead ends and shape-shifting demons.

With no means of escape, and her only protection a mysterious crystal pendant, Josie is about to be tested in ways she would never have chosen or thought possible.
For where one crystal has the power to heal – another has the power to destroy.

The new edition of The Caves of Tavannar is now available to purchase on AmazonUS and AmazonUK in both paperback and eBook format. I’ll update readers when the new cover is available on iBooks and Nook. I know that no one likes to be first to the party, but I would appreciate it so much if you could find time to leave me a short comment. In fact, any feedback would make my day!

Lastly, the cover and title for book #2 will be revealed on the 17th September, so please come back and take a peek. It’s everything and more than I could have hoped for, and I can’t help grinning like a loon whenever I look at it.