For the last 18 months, I’ve been working on the sequel draft to The Caves of Tavannar, and I’m thrilled to announce that at long last it’s finished.

The word count came in at a hefty 139,000 words, close to double the length of book #1, The Caves of Tavannar. Of course, that’s not the final word count. There’s still a huge amount of pruning to do during the editing phase, but for now, I’ll allow myself this brief moment to eat a huge slice of chocolate cake, crack open the champagne and jump around like an idiot.

Because I know what it’s taken to reach this point.

Dreaming has been the easiest and most creative part of the journey.

It was often during the wee small hours before drifting off to sleep, wandering around the supermarket, or pushing the hoover around the house that inspiration would strike. Those were the golden moments when my subconscious would get to work on the solution to a tricky scene, piece of dialogue/narrative, and my imagination was given greater freedom to explore new ideas, names, characters, fantastical creatures and places.

My notebook has been my constant companion along the way, (practically glued to my side) so that I could quickly scribble down or sketch whatever came to mind. I’ve also found Pinterest a great source of inspiration for creating boards for my characters, landscapes, mythical creatures or adding ideas for detailed elements such as clothing, jewellery, food and drink, weaponry and architecture.

The hardest part has been fitting my writing time around all my other family commitments. I’m a busy mum, and although I no longer work outside of the home there are still plenty of demands on my time that inevitably pull me away from my manuscript. I take my hat off to those you who work, have kids and still find time to write, self-publish and market your books because I’m not sure I’d be able to keep all those plates spinning without eventually cracking up!

For the first nine months, I maintained a semblance of calm, on a superficial level at least, all the while paddling furiously beneath. But the last nine have been more challenging, my emotions swinging between self-doubt, melancholy, frustration and guilt to brief moments of pure joy when my fingers were literally flying off the keys. If I’d plotted a graph of my highs and lows, it would’ve looked either like the most awesome roller coaster in the world or the biorhythm chart of a crazy person.

This is where the determination part comes in.

I set myself a regular writing routine between 9am-3pm, three days a week and every second Sunday. Laterally, this has ended up being closer to five days a week in a bid to finish the draft before the start of the school summer holidays. Every day, once I’d shoved *cough* waved my kids off to school, I’d park my bum, disconnect myself from social media and spend my remaining precious hours in Galidom.

That’s not to say there weren’t plenty of days I wasn’t feeling at ‘one with the force’ but I forced myself to write anyway. I wrote whether or not:

If I’m honest, a big part of this relentless perseverance has been driven by the pressure to get my second book out as soon as possible, mainly because it’s part of a trilogy and the first book is already available. There’s always a fear that readers will no longer be interested if they have to wait too long before the next book in the series is released. In hindsight, I should have written all three before publishing, so that my readers wouldn’t have to wait. Ah well, you live and learn.

That said, the second book is a great deal longer, deeper and more complex than the first, in terms of worldbuilding, back story, character development, multiple POV characters and sub-plots. It’s required a huge amount of research to ensure historical, mythological and scientific accuracy. And an even bigger chunk of time to plan every detail of the complicated story arc, which spans two centuries.

But length aside, I know that I’ve pushed myself to my limit and couldn’t have done any more to speed up the process. Over the last few hazy, crazy months, my writing has taken precedence above all else. I’ve neglected my family, the housework, my health and sometimes my sanity. In recent weeks, I’ve forgotten birthdays, forgotten to check the mail and even forgotten what day it was.

Not to mention my pasty Scottish complexion has turned a whiter shade of pale, (if that’s possible) my posture would make a physiotherapist weep and I could probably carry a week of shopping in the bags under my eyes.

Here are some things I’ve learned in the process:

This second book has been a labour of love and a joy to write. It’s full of epic battles, monstrous creatures, breathtaking landscapes, ancient prophecies and dark sorcery. The story is steeped in Celtic, Nordic and other world mythologies, with many spiritual and paranormal themes woven throughout. There is light and shade, love and loss, magic and mystery and some shocking twists along the way.

I hope you’ll enjoy reading it as much as I have writing it. The cover and title will be revealed in September, so watch out for that.

But before the tough months of editing begin, I’m off to Cornwall for a much needed holiday. 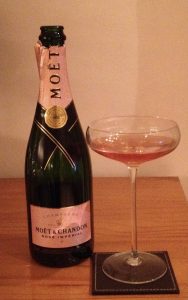