Diary of the Invisible Girl

Hello autumn, my old friend. I’m ashamed to say I’ve ignored spring and summer this year, but I’m happy to come up for air to take a walk through the falling leaves with you. Especially since I’ll be spending the rest of October and November typing like a demon until panic ultimately forces me to take the next galley out of Galidom to make Christmas happen – once again. While I’m in this lull before the storm, I thought I’d take the time to give you a bijou update of what’s new with me.

It’s been one loopy roller coaster ride since I published The Caves of Tavannar last year. There’s been a few whooping highs and plenty of crashing lows, but suffice to say I’ve crammed a heck of a lot into the last six months. Self-promotion has been the steepest learning curve so far, which sadly highlighted just how far I still have to go to discover what works and what doesn’t. One fact became very clear though – I’m the Garth of marketing! 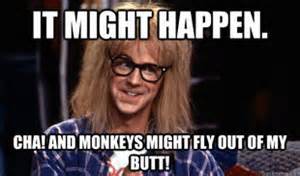 The self-publishing market continues to grow from strength to strength, but how does an unknown writer get their work noticed amidst the thousands of other great, and not so great books out there?

Assuming you have a well-written story, an eye-catching cover and engaging blurb, what else can you do to get the word out?

When you talk to other indie authors or read the plethora of blogs available on the subject, two of the hottest buzzwords bandied around are – discoverability and platform.

I’m under no illusion that I’m the invisible girl and my work an unknown quantity. But that’s okay. To quote American writer, Ralph Waldo Emerson, ‘Life is a journey, not a destination.’

It seems to me that one of the best ways of being discovered is to write more books. To be honest, I’m happiest when I’m writing, and for now, that’s my main focus. The more books I have on my backlist, the more likely I am to be taken seriously as a writer in the long run. Don’t get me wrong, marketing is a vital part of being discovered, but there’s plenty of time to give it some serious welly once I have a few more books under my belt.

I believe the journey to discoverability and success as an author should be seen as a marathon, not a sprint. Fantasy author, George RR Martin said in a recent interview, ‘Ten years from now, no one is going to care how quickly the books came out. The only thing that will matter, the only thing anyone will remember, is how good they were.‘

This piece of advice struck a chord with me, and it’s one that I plan to take to heart. I’d rather take the time to produce quality books that I’ll still be proud of in years to come, instead of rushing them and regretting it later. The one advantage of being unknown is that you are the master of your own destiny. You can write to a time frame that fits in with the rest of your life, without the pressure of a publisher breathing down your neck.

One of the first steps towards discoverability – or so I’ve been told – is to build an author platform. This is something I’ve tried to embrace this year, though not in an aggressive in your face way because that’s just not me. What I am doing is slowly growing an organic following on both my Twitter and Facebook author page, engaging on Goodreads discussion forums whenever I can, as well as creating inspiration, writing and book-related boards on Pinterest, which is by far my favourite social media site. No doubt I should be on Instagram too, as this is where a lot of YA readers hang out – just not yet or my head might explode.

My first YA fantasy novel, The Caves of Tavannar is now listed on many of the major e-book platforms: Amazon, Barnes and Noble and iBooks, although it remains to be seen whether this will be the most effective strategy in gaining visibility rather than remaining exclusively with Amazon. Sales figures so far seem to suggest otherwise 🙁

Another achievement this year has been building my own website and starting a blog. The process was far from easy and threw up a host of technical issues, which at the time added several years to my life. Thankfully, the end result was worth the pain. It’s also something I couldn’t have achieved without my tech-savvy hubby, although I’ll admit there were a few tense moments when we were close to having a Mexican stand-off!

The website/blog hasn’t generated much traffic as yet, but it’s the first step in establishing my online presence. Over time I’m confident it will be an effective way of reaching new readers. For now, I’d greatly appreciate your feedback on how well you think it works as a whole – and if there are areas that could be improved. Please feel free to leave me a comment below.  🙂

September was, for the most part, spent nursing a fluey cold, which persisted for most of the month. Fuelled by Lemsip and Jaffa Cakes, I limped on in a spacey daze, caring for sick kids whilst trying to squeeze in a few hours of writing each week. 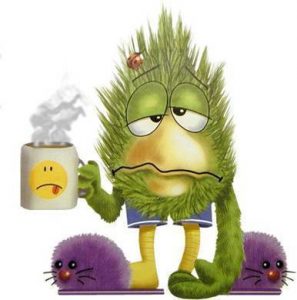 One of the not so joyous things about having kids is that they are germ magnets (or as I like to call them harbingers of evil!), especially boys, whose hygiene is questionable at the best of times. Don’t get me wrong, I love my boys to bits, but their germs… they can bloomin’ well keep to themselves!

In contrast to sick September, October has (touch wood) been reasonably productive so far. I’ve passed the 50K word count for the first draft of book #2 of my trilogy. I’ve still got at least another 50K to go until the first draft is complete so I won’t break into my happy dance just yet, but I think it calls for a wee shimmy nonetheless.

Readers asked me recently when a hard copy of The Caves of Tavannar will be available. I’m pleased to tell you that I’m currently working with my graphic designer, Nahum Ziersch to produce a print cover. Nahum has kindly agreed to illustrate all three covers for The Crystal Keeper trilogy. If all goes according to plan, the first print edition should be on the Amazon store within the next 6 weeks. I’ll also be offering a giveaway on Goodreads on the run-up to Christmas, where the first five lucky readers can win a free signed copy – so watch this space!

Okay, that wraps up my news. Time to slip on my invisibility cloak and disappear into Galidom before the Christmas insanity begins. The Mountains of Pharador await. Though knowing my luck I’ll probably fall down a crevasse.  😮